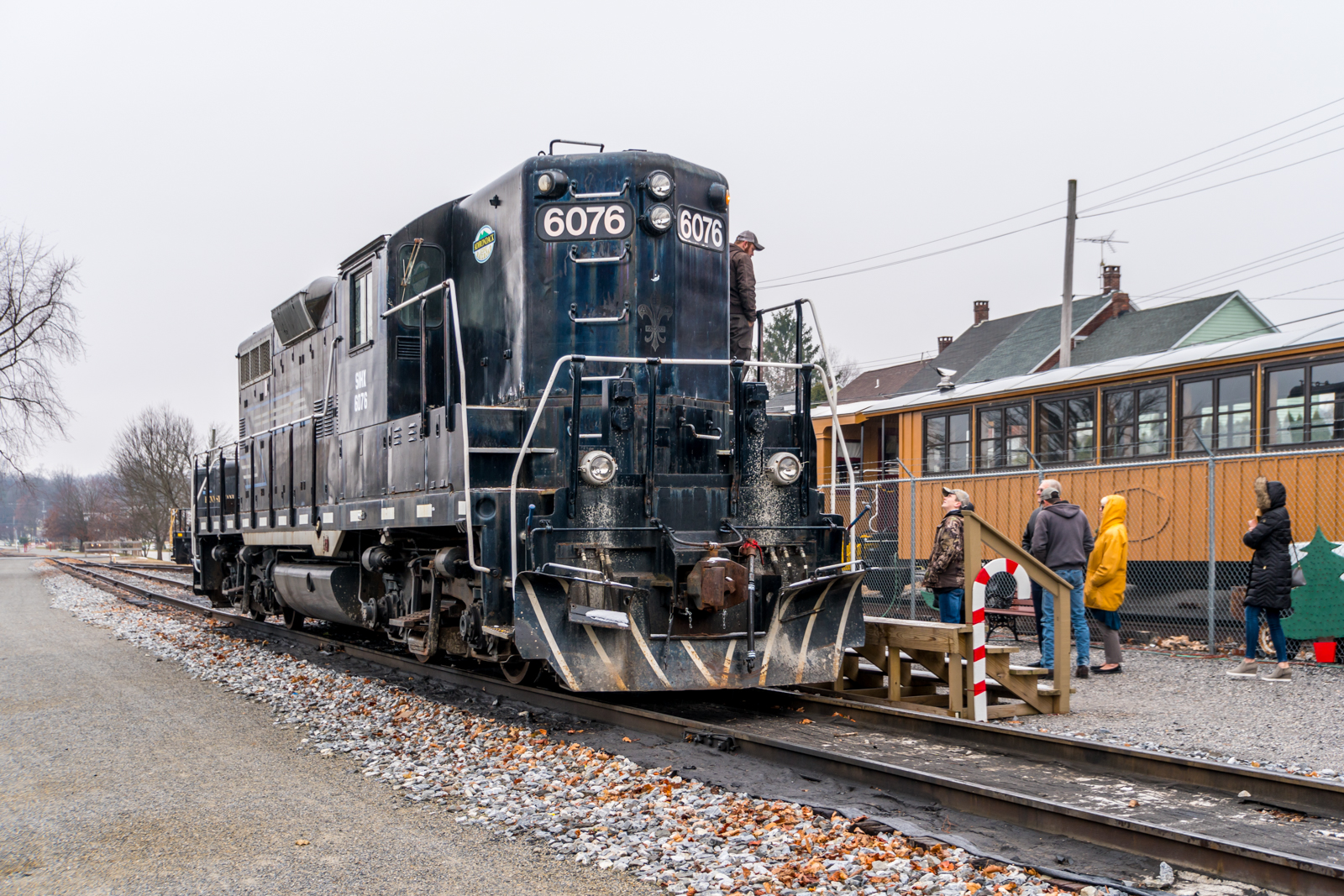 The train engine was built by Electro-Motive Division (EMD) of General Motors. It is a model GP9 four-axle road switcher diesel-electric locomotive. This vintage Pennsylvania railroad locomotive was built specifically for the Pennsylvania Railroad and is powered by a sixteen-cylinder engine that generates 1,750 horsepower.

The Northern Central Railway became part of the Pennsylvania Railroad in 1861, providing the east-west PRR with north-south access to Baltimore, MD via the NCR tracks.

Pennsy, as the PRR was known, merged with New York Central in 1968 to form the Pennsylvania New York Central Transportation Company, or Penn Central. Locomotive #7249 continued to serve the new railroad company and was transferred to the Consolidated Rail Corporation, better known as Conrail, after Penn Central’s bankruptcy in 1976.

This vintage Pennsylvania railroad locomotive operated diligently throughout the northeastern United States until it was retired by Conrail in 1999 and purchased by the Deferiet Paper Company, owners of an almost 100-year-old paper mill in Deferiet, NY. This “company town” was built around the paper mill by St. Regis Company, the original owners, and is located near the Fort Drum Military installation in upstate New York. 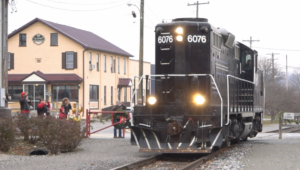 After purchasing the locomotive, NCR’s biggest challenge was to get it from New York to Pennsylvania, which was not necessarily a quick nor easy task!

With the arrival of the new locomotive in December 2019, we bid a fond farewell to the leased GP9-10 that has been part of our family since 2015.

General Motors’ Electro-Motive Division built slightly more than 3,400 GP9 units between 1954 and 1959, so #7249 was among the last GP9’s to roll off the U.S. assembly line. Model GP9 was one of the most successful diesel locomotives ever produced and was the successor to the popular Model GP7.

“GP” stands for “General Purpose” and lends itself to the affectionate nickname of “Geeps” that all the GP locomotives shared. The Pennsylvania Railroad was among the largest purchasers of this model, acquiring 270 units during the years of production. These locomotives received road numbering between 7000 and 7269. Only the Chesapeake & Ohio Railway, Illinois Central Railroad, and Norfolk and Western Railway purchased more units than PRR.

While some of these engines are now in museums, many more are still in active service on shortlines, regionals, and tourist railroads.

Northern Central Railway of York is dedicated to providing an authentic experience to our customers, and you can’t get much more authentic than a PRR locomotive operating on PRR tracks! Visit NCR today to ride on a coach pulled by this historic locomotive.